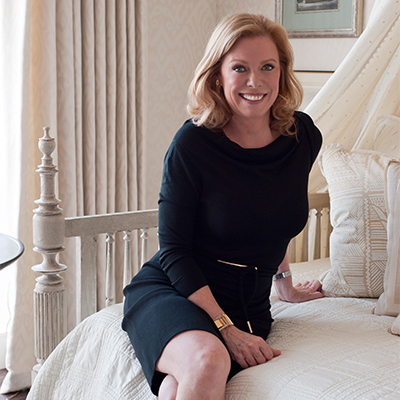 In 1996, Phoebe and Jim Howard opened the doors to their first store, Mrs. Howard, in Jacksonville, Florida, hoping to demystify the decorating process for their customers. The goal was simple: to create a retail space that showcased Jim’s architectural and decorating talent, and Phoebe’s natural skills for buying, decorating and merchandising. With equal parts of exceptional customer service and a well-rounded mix of furniture, antiques and accessories, the store was an instant success. Five years later, they added another store, Max & Company, which features a younger, more modern appeal. Now, the Howards have Mrs. Howard and Max & Company stores in Jacksonville, Jacksonville Beach, Florida, Atlanta, Georgia, and Charlotte, North Carolina.

Over the years, Phoebe’s penchant for creating stylish spaces has evolved into her own brand of decorating, which has garnered praise from national media as well as her clients. Known for her fresh take on traditional style, Phoebe’s work can only be characterized by its timelessness and her mantra to “keep it pretty.” Her work is encapsulated in her first book, The Joy of Decorating, published by Stewart, Tabori & Chang. She has also written a monthly decorating advice column for Southern Living Magazine.

While she is recognized as one of the foremost authorities on Southern style, Phoebe is well regarded for her business acumen as well, catering to both clients and other members of the design community who have embraced the Mrs. Howard aesthetic. Phoebe scours the globe for new products for her stores and clients, and creates a custom line of pillows, lamps, mirrors and casegoods. She also has a furniture collection called Mr. and Mrs. Howard for Sherrill Furniture, which is available in her stores as well as retailers nationwide.

The Mrs. Howard and Max & Company shops, as well as Phoebe’s own decorating projects, are a veritable library of design inspiration, and have been published in House Beautiful, Veranda, Elle Decor, Southern Living, Coastal Living, Southern Accents, Traditional Home and The New York Times, among others.